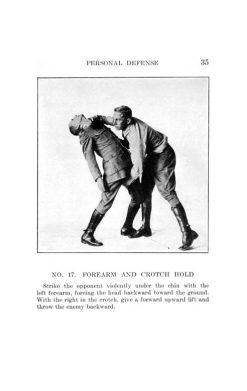 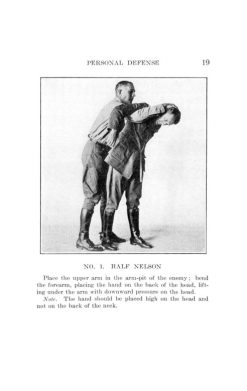 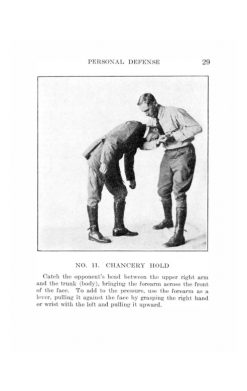 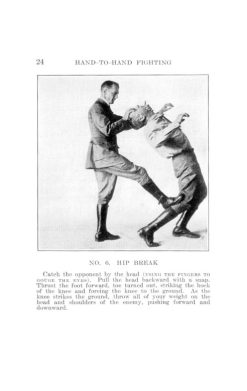 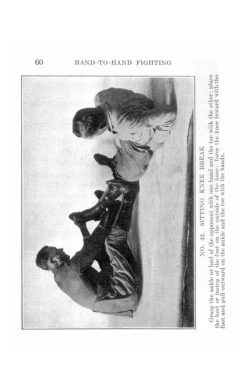 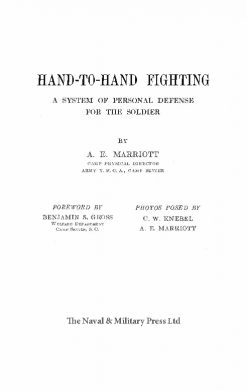 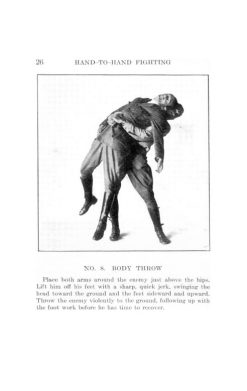 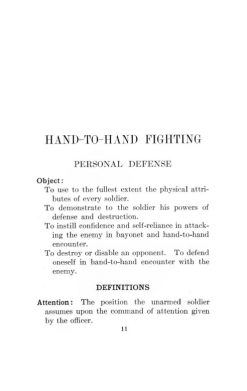 ﻿A tough book on the art of hand to hand fighting in the trenches of the Great War. Demonstrating techniques utilised to “do away with the enemy”, many of which are barred in clean wrestling, the book includes good clear photographic illustrations presenting important attack methods including the “Hammer Lock”, “Kidney Kick”, “Head Twist”, “Knee Groin Kick”, and the “Knee Break”, all very important in a man to man, life or death encounter, when fighting in the mud of the trenches.

As men with a background in combat sports began returning from night raids at greater number than those lacking, it soon became obvious to both the troops in the field and their commanding officers that some knowledge in hand-to-hand combat was beneficial for the survival and success of a soldier on the front lines. Even a small amount of training proved incredibly helpful, and thus by “the third year of the war, when hand-to-hand combats became the rule rather than the exception, English officers stated… that their men had found the application of a few jiu-jitsu tricks in grappling to be of great service in vanquishing of their opponent.” Among the more noteworthy trainers was the author of this training manual A. E. Marriott who’s fighting system incorporated “Greco-Roman, catch-as-catch-can, and jiu-jitsu wrestling.