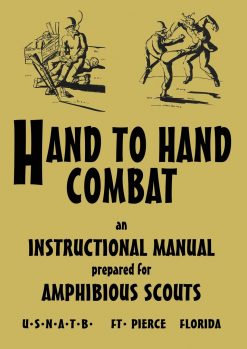 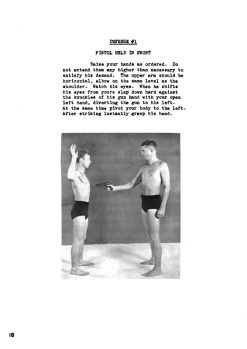 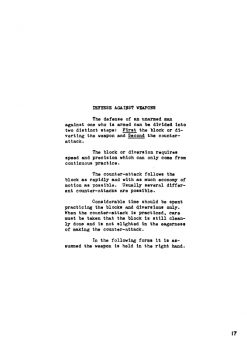 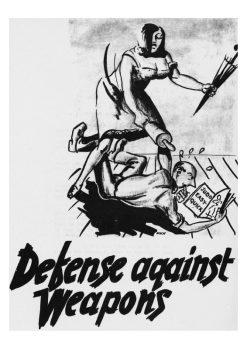 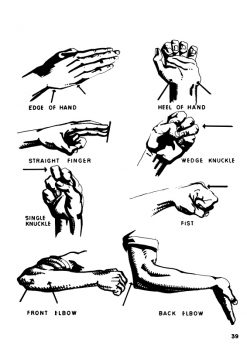 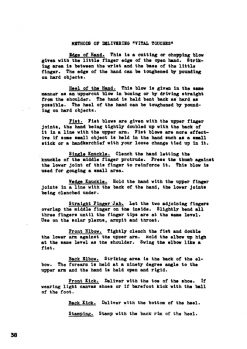 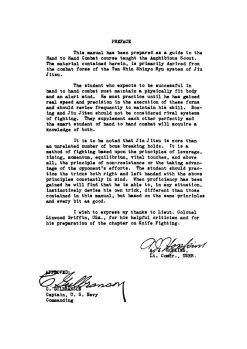 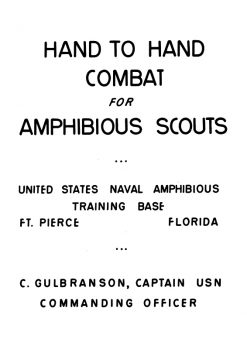 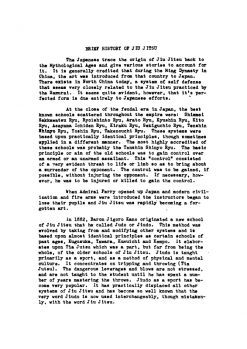 A manual that was published from the training site of the first ‘Frogmen’ of World War II, located at Fort Pierce, Florida.
Prepared for the Pacific theatres of World War II, as a guide to Hand to Hand combat as taught to the Amphibious Scout, the techniques are derived from the combat forms of the Ten Shin Shinyo Ryu system of Jiu Jitsu. Its syllabus comprises striking and throwing techniques, immobilisation methods and choking techniques. A section on the use of the combat knife in close fighting is included as a final chapter.Good photographic illustrations from official US Navy images and informative and detailed text cover this system of Jiu Jitsu, not as a sport but as a method of deadly and aggressive combat attack and counterattack techniques, during kill-or-be-killed situations

The Navy SEALs’ origins are linked to Naval Combat Demolition Units and Underwater Demolition Teams that served in World War II. Although not formally founded until 1962, the modern-day US Navy SEALs trace their roots to these World War II units.
The United States Military recognised the need for the covert reconnaissance of landing beaches and coastal defences. As a result, the joint Army, Marine Corps and Navy Amphibious Scout and Raider School was established in 1942 at Fort Pierce, Florida. The Scouts and Raiders were formed in September of that year, just nine months after the attack on Pearl Harbour, from the Observer Group, a joint US Army-Marine-Navy unit.