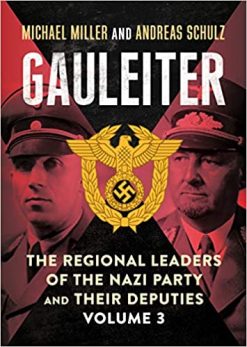 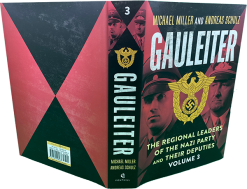 GAULEITER The Regional Leaders of the Nazi Party and Their Deputies, Volume 3, S to Z

No dictator can effectively govern a nation on his own. This was certainly the case with Adolf Hitler, who had little time for or interest in the day-to-day regional administration of the Nazi Party. For that purpose, he appointed his most loyal, charismatic, and brutal subordinates: The Little Hitlers , officially known as Gauleiters. In this third volume of a series begun in 2012, Michael Miller and Andreas Schulz present, in meticulous detail, the lives, careers, and crimes of 37 such men. Included are several whose wartime career paths took them outside of their home provinces and led to widespread oppression and terror outside the borders of the Reich. Among these were Fritz Sauckel, who presided over the roundup of millions for slave labor in the Reich, Josef Terboven who oppressed the people of Norway with uncompromising brutality for five years, and Gustav Simon who ruthlessly Germanized Luxembourg. Perhaps most notorious of all was Julius Streicher, whose virulent attacks- in writing and at the podium- made him the unofficial face of anti-Semitism in Nazi Germany. 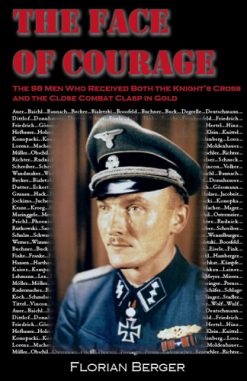 FACE OF COURAGE: The 98 men who received both the Knights Cross and the Close Combat clasp in gold 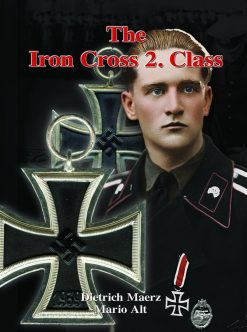