“GAS!” The Story of the Special Brigade

Gas was first used by the British at Loos 1915. This book describes gas operations on the Western front, the planning, organising and training of what came to be known as The Special Brigade (RE), written by the man responsible for it and who was the adviser at GHQ on gas warfare.

The author of this book was a junior major in the Royal Engineers, stationed at the Depot in Chatham when war broke out. He went to France in October 1914 to 3 Base, Boulogne, but some three weeks later, 8th November, he was sent forward to 2nd Division where he took over 11 Fd Coy RE at Zillebeke.The C-in-C has therefore appointed Major Foulkes RE for this duty. He has no pretence to technical knowledge, as far as I know, and it is not considered that he need have very much. But he has had much experience at the front, and can explain generally what we need and how we can perhaps best use it.” In this fashion did Charles Howard Foulkes, a complete novice in the science of chemical warfare, become GHQ’s Gas Guru, responsible for the conduct of gas operations of the British Army in France and for planning, organising, raising and training what came to be known as the Special Brigade – part of the RE. .He certainly didn’t have much time to create a new unit and train it in a new aspect of warfare; the Battle of Loos, in which the British would first use gas, was only four months away. Volunteers with a knowledge of chemistry were sought among universities and colleges at home, as well as from the ranks of the BEF, with immediate promotion to corporal – chemist corporal. A suitable base was found at Helfaut, a village four or five miles due south of St Omer (where GHQ was located at the time), where it remained as the depot for the rest of the war. At first two Special Companies were formed but they had been increased to four by the time the Loos offensive opened on 25 September 1915. In 1916 the four companies were expanded into the ‘Special Brigade’ consisting of 16 ‘Cylinder’ companies, one ‘Projector’ company (flame thrower) and four ‘Mortar’ companies, some 6,000 officers and men. This organisation remained unchanged to the end of the war,All this is described in detail as are all the operations involving the use of gas, the various inventions such as the gas shell, the Stokes mortar and the flame projector as well as the new types of gases, especially the deadly phosgene which proved to be our main battle gas for the remainder of the war, and mustard gas. According to Foulkes the total British casualties due to gas amounted to 181,053 of which 6,109 were fatal- but of course many lingered on after the war till they succumbed to the effects of gas poisoning. He remarks that the true total of German gas casualties was unlikely to be made known; to my knowledge no figure has been published. 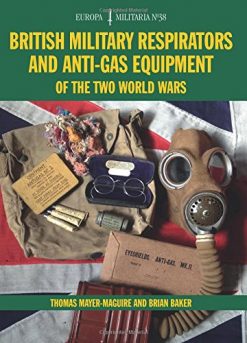