Skip to content
View basket “AMATEUR GUNNERS The Adventures and Letters of a Soldier in France, Salonika and Palestine” has been added to your basket.
Product categories
-73%
Add to Wishlist

Many modern and contemporary military analysts assert that the Gallipoli] campaign was ill-fated from the start. In this crisply drafted monograph. Ed Erickson helps us understand why.This book is a must for every reader with an interest in Gallipoli in order to see how the Ottoman Fifth Army fought a successful and prolonged campaign against an enemy with far greater resources.

The Ottoman Army won a historic victory over the Allied forces at Gallipoli in 1915. This was one of the most decisive and clear-cut campaigns of the Great War. Yet the performance of the Ottomans, the victors, has often received less attention than that of the Allied army they defeated. In this perceptive study, concentrates on the Ottoman side of the campaign. He looks in detail at the Ottoman Army – its structure, tactics and deployment – and at the conduct of the commanders who served it so well. His pioneering work complements the extensive literature on other aspects of the Gallipoli battle, in particular those accounts that have focused on the experience of the British, Australians and New Zealanders. This highly original reassessment of the campaign will be essential reading for students of the Great War, especially the conflict in the Middle East. against an enemy with far greater resources. 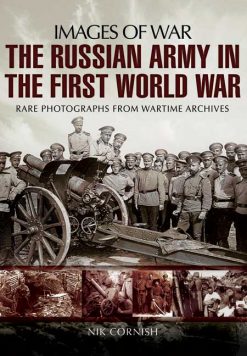