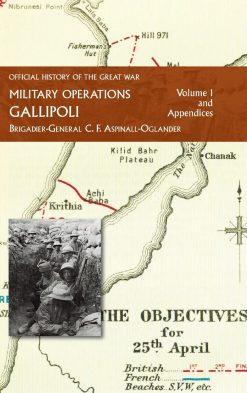 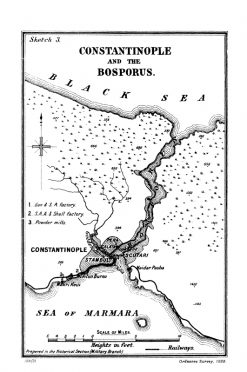 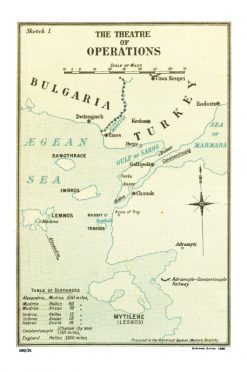 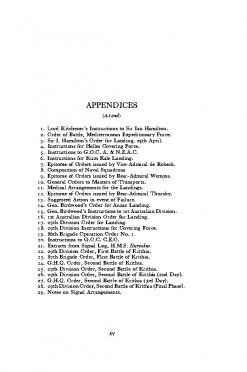 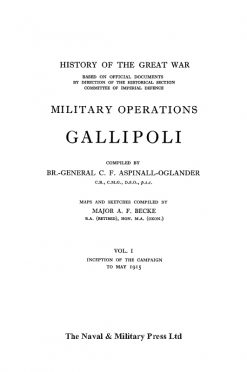 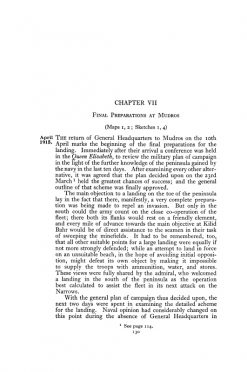 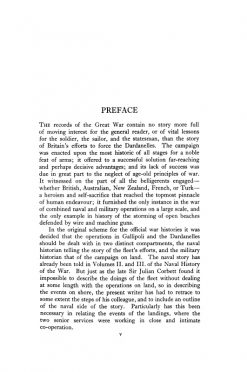 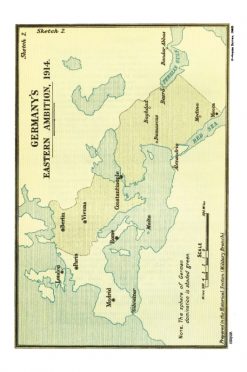 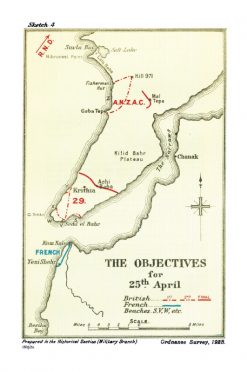 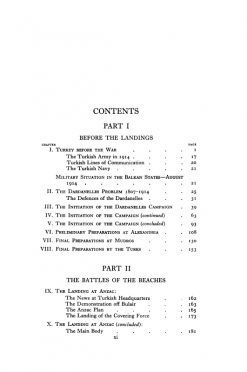 This second volume in the two-part history of the tragically flawed Gallipoli campaign takes the story from May 1915 through the subsidiary landings and the bitter later fighting, down to the brilliantly successful withdrawal. Complete with the 77 page appendix volume.

Volume 1 in the official Great War history’s account of the tragic Gallipoli campaign covers the early stages from its inception down to May 1915. Gallipoli was conceived – by Winston Churchill among others – as a bold and imaginative surprise, aimed at severing the links between Turkey and her European allies; forcing a route through the Dardanelles straits from the Mediterranean to the Black Sea to supply southern Russia; and possibly even capturing the Ottoman capital, Constantinople (modern Istanbul). Sadly, none of these ambitious goals were achieved. Launched at first as a purely naval enterprise in March, the element of surprise was lost after several ships hit mines and others were shelled from the Turkish forts. A gap followed in which military reinforcements – including Churchill’s Royal Naval Division, and the Anzac Corps – were shipped to the sector. The Turks used the time to reinforce the defences of the Gallipoli peninsula under German guidance, so the Allied troop landings in April met with fierce and determined opposition.

All the 20 bound-in sketch maps (17 in colour) are present and correct.Complete with the appendix volume to the first of the two-part Official History of the Gallipoli campaign, this contains appendices essential to understanding the fatally flawed initial operations.