MICHAEL LEE
18:55 03 Mar 19
I have been a very happy customer of Naval and a Military Press for many years. I have... never been disappointed with their products or very professional service. With easy options for payment and an unrivaled selection of military books, brilliant CD Roms and DVDs, I really can’t imagine why anybody who loves military history would even contemplate going elsewhere.read more
Next Reviews
-83%
Add to Wishlist

The Imperial Navy from its birth to scuttling itself at Scapa Flow. With Excellent writing this is a book that provides an interesting contrast between the British and German fleets, particularly the years in port. The British did a much better job of countering the weariness of years of waiting for combat (officers felt dishonored in both navies at sitting in port while the battles raged on land). The book has an excellent analysis of this, and also of the relationship between officers and ranks that was better in the British Navy than the Imperial Navy.

This important work describes how the Imperial German Navy, which had expanded to become one of the great maritime forces in the world, second only to the Royal Navy, proved, with the exception of its submarines, to be largely ineffective throughout the years of conflict. The impact of this impotence had a far-reaching effect upon the service. Germany, indeed most of Europe, was in the grips of a spirit of militant nationalistic fervour, and the inactivity of the great Imperial Navy caused deep frustration, particularly among the naval officers. Not only were they unable to see themselves as heroes, they were also ridiculed on the home front and felt profoundly humiliated. With the exception of the one major battle at Jutland, their ships saw little or no action at sea and morale slowly collapsed to a point where, at the end of the war, the crews were in a state of mutiny. The seemingly suicidal order that forced the fleet to go to sea against the British in 1918 was driven by a sense of humiliation, but coming at the war s end it triggered a revolution because the German sailors wanted no part in such madness. The internment at Scapa Flow was the ultimate shaming. This is a fascinating and perceptive analysis of a whole era, and it contributes substantially to our understanding of the war and its consequences consequences, sadly, that helped pave the way for the Third Reich. 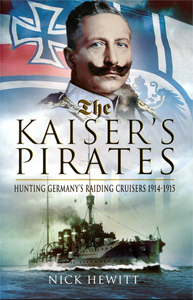