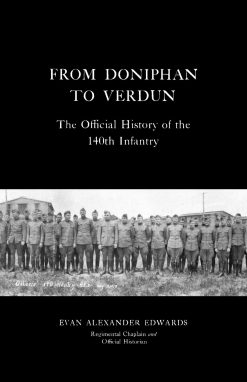 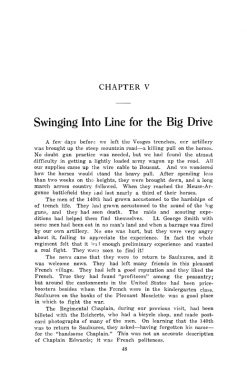 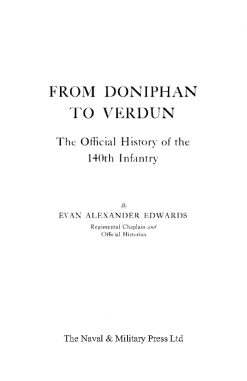 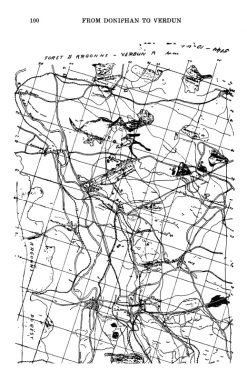 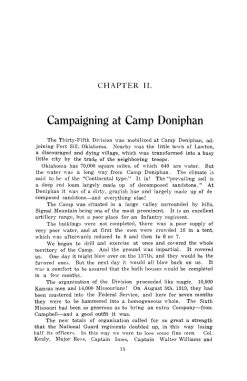 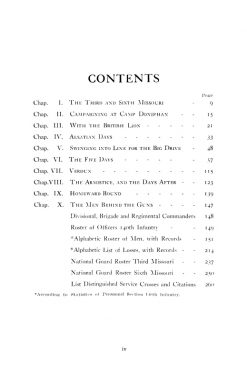 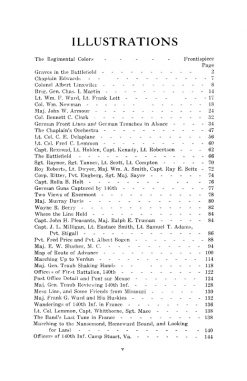 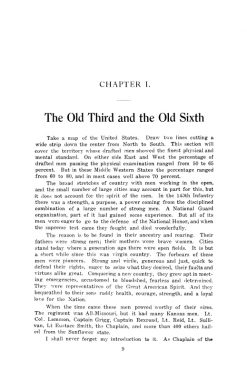 FROM DONIPHAN TO VERDUN The Official History Of The 140th Infantry

A solid well produced history of the 140th Infantry AEF, as part of the 35th Division they participated in the Meuse-Argonne offensive. After five days of intense battle that are covered well in the narrative (58 pages), they were relieved by elements of the 1st Division and were placed in the Sommedieue sector where they launched harassing attacks on the enemy positions until the Armistice. A very detailed roster of Officers and Men showing casualties and awards of the DSC complete with citations complete this history of a unit that took heavy losses during the German counterattack.

Reorganised on 10 July 1901 as the 6th Battalion of Infantry in the Missouri National Guard, it was expanded into a regiment on 23 January 1908. Then it was disbanded on 25 July 1914.On June 29, 1917, the regiment was reactivated for service in the First World War when it consolidated with elements of the 3rd Missouri to create the 140th Infantry in October 1917. The new regiment was assigned to the 35th Division. Within the 35th Division they were assigned to the 70th Brigade alongside the 139th Infantry. Companies of the regiment were drawn primarily from the southeast of the state; Company A hailed from Lexington, Companies B and C were recruited from St. Joseph, Company D came from Sedalia. Companies E, F, G, and H were recruited from Doniphan, Willow Springs, Richmond, and Dexter respectively. Companies I, K, L, and M were pulled from Kennett, Sikeston, Cape Girardeau and Poplar Bluff respectively. Additional troops were recruited from Jefferson City, Seymour, Carterville, and West Plains.
The regiment organised and trained in the United States at Camp Doniphan, Oklahoma and then shipped out for France where it began training under British tutelage in June 1918. In July, the 140th had its first taste of combat in the Gérardmer sector in the Vosges Mountains, where they conducted raids on German forces. They were moved to the Saint-Mihiel sector in September where they served as a reserve for the First Army. The regiment soon participated in the Meuse-Argonne offensive, the largest battle the American Expeditionary Forces waged during the war. After five days of intense battle, they were relieved by elements of the 1st Division and were placed in the Sommedieue sector where they launched harassing attacks on the enemy positions until the Armistice of November 11, 1918, ended the war. They were deactivated in 1919 with the rest of the 35th Division.

THE 18TH DIVISION IN THE GREAT WAR

STORY OF THE FIFTH AUSTRALIAN DIVISION

DIVISIONAL AND OTHER SIGNS

HISTORY OF THE 38TH (WELSH) DIVISION

GUARDS DIVISION IN THE GREAT WAR