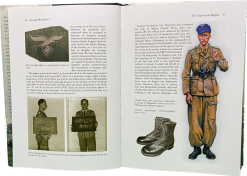 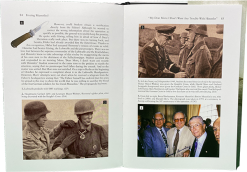 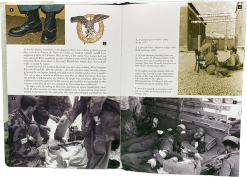 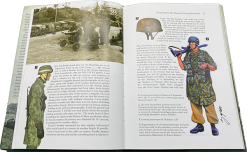 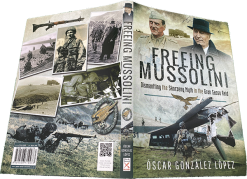 Well-illustrated in colour and duotone, this 101-page hardback is a detailed account of the liberation of Mussolini in late 1943, from a mountain top resort in eastern Italy. In addition to Lopez’s valuable debunking of the Skorzeny myth, he has also given us an interesting and often insightful look at one of the most important special operations of the Second World War.

The operation to free Mussolini, who was being held prisoner in a high mountain hotel on the summit of Gran Sasso, Italy in September 1943, is without a doubt one of the most spectacular operations not only of the Second World War, but in all military history. German paratroopers, the Wehrmacht’s elite, were responsible for organising the rescue in record time, and executing a daring and perfectly synchronised operation between land and airborne detachments.
Surprise and speed were the Fallschirmjäger’s main weapons, surprising the Italian garrison guarding il Duce. For political reasons Otto Skorzeny, the clever SS officer, also participated in the operation, leading a dozen of his commandos.
Propaganda and his connections with Himmler made him into the false hero of the mission, overemphasising his role in the whole search and rescue operation. Based on the testimony of several protagonists in this incredible operation, as well as analysing major documents (letters, reports by General Kurt Student etc.) and the abundant literature available on the subject, Lopez reveals the truth of what really happened in a mission that even Churchill called “one of great daring”.