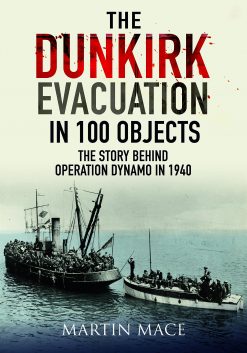 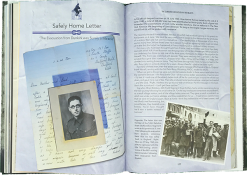 Through 100 objects, from the wreck of a ship through to a dug-up rifle, and individual photographs to large memorials, all of which represent a moving snapshot of the past, this book sets out to tell the story of what came to be known as The Miracle of Dunkirk.

At 18.57 hours on Sunday, 26 May 1940, the Admiralty issued the directive which instigated the start of Operation Dynamo. This was the order to rescue the British Expeditionary Force from the French port of Dunkirk and the beaches surrounding it. The Admiralty believed that it would only be able to rescue 45,000 men over the course of the following two days, at the end of which , read the signal to Admiral Ramsey at Dover, it was probable that evacuation would be terminated by enemy action . The Admiralty, however, was wrong. Between 26 May and 4 June 1940, when Dynamo officially ended, an armada of ships, big and small, naval and civilian, achieved what had been considered impossible. In fact, in this period a total of 338,682 men were disembarked at British ports. Such a figure has exceeded the expectations of most. Little wonder, therefore, that an editorial in The New York Times at the beginning of June declared, So long as the English tongue survives, the word Dunkirk will be spoken with reverence . Not for nothing was the Dunkirk evacuation described by the British Army s Quartermaster-General, at the end of May 1940, as being on a scale unprecedented in the history of war . The story of the evacuation of the BEF and other Allied troops has been told many times in both print and film, and has become one of the defining moments in the history of the British nation. Yet there are artefacts from that operation which can still be seen today, and many places to visit, which bring that fateful history back to life. 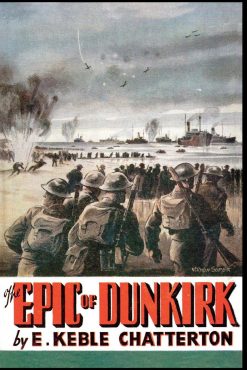