Amidst the welter of books on the Anglo-Zulu war, Ken Smith here manages to come up with genuinely fresh insights and new information on this dramatic conflict. Includes portraits of the protagonists on both sides and analysis of the military action.

The Anglo-Zulu War of 1879 still intrigues both scholars and enthusiasts alike more than 130 years after it was fought. Its story contains tragedy, high drama and the heavy loss of human life; it involved five major battles and two lesser fights; and led to the snuffing out of the direct male Napoleonic line of France with the death of the Prince Imperial. And all this in less than one year.
Reflecting on several years’ research, Keith Smith presents a series of essays which explore hitherto unanswered questions and offer fresh insights into the key battles and protagonists of this epic conflict. He presents some surprising conclusions which differ, often radically, from more orthodox views.
He also sets out to reveal the characters of the men – of both sides – who might otherwise have been simply names on a page. They are not: they lived, loved, fought and died. Some were heroes while others were less than that. Most were ordinary men who chose a military career and did their best as far as they were able. White or black, British or colonial, they are all brought to life and their unique stories told. This is an important contribution to our understanding of this famous war and the men who fought in it. 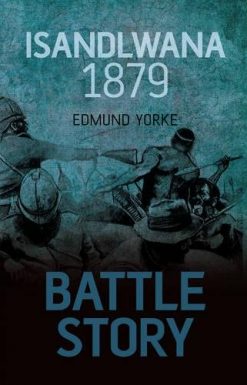