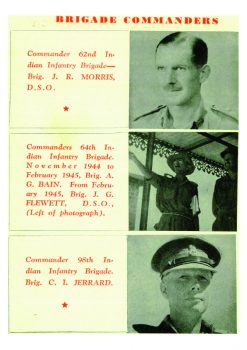 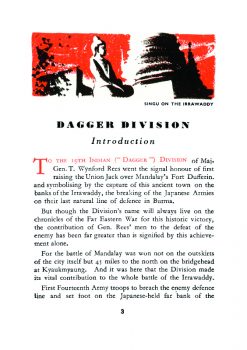 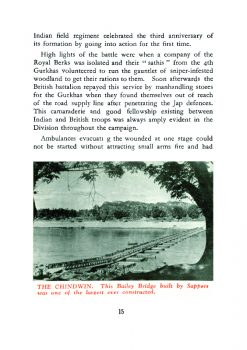 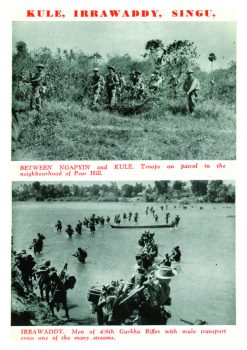 DAGGER DIVISION The Story Of The 19th Indian Division

Raised in late 1941, the 19th was the first ‘standard’ Indian Division. Its troops were the first to breach the Japanese defence line in Burma and to raise the flag at Fort Dufferin. It crossed the Chindwin in November 1944, driving on to Mandalay and Rangoon during seven months of continuous fighting. The 19th’s exploits are graphically described also in John Masters’ personal memoir, ‘The Road Past Mandalay’.

Between 1945 and 1947 the Director of Public Relations, War Department, Government of India, published a series of short publications covering the individual histories of the WWII Indian Divisions. They followed a consistent format, having between 44 and 48 pages within illustrated soft card covers. They have an average of 50 monochrome photographic illustrations, and each has a full colour centre-spread depicting a scene from the Division’s wartime operations (drawn by official war artists). With the exception of ONE MORE RIVER and TEHERAN TO TRIESTE (which are slightly smaller) They were printed at various presses in Bombay and New Delhi, and each contains at least one map.