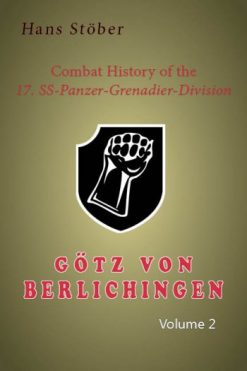 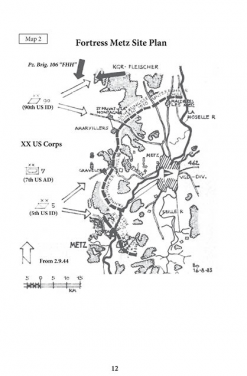 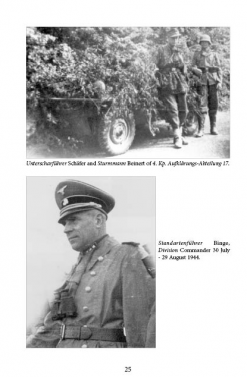 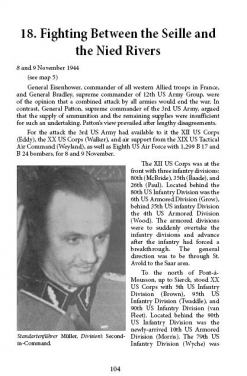 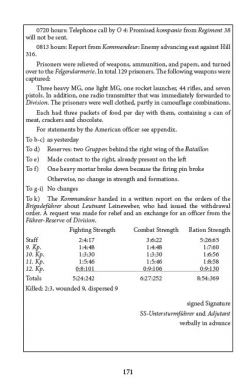 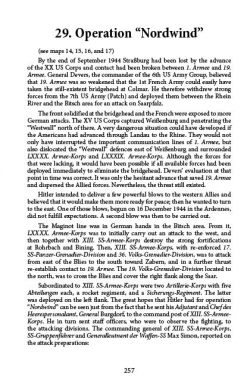 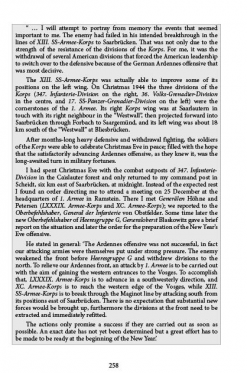 From J.J. Fedorowicz Publishing – this the second volume in a proposed three volume set covers the combat history of te 17. SS-Panzer-Grenadier-Division during the period September 1944 to February 1945, deataling the retreat to the Maginot Line, the fighting around Metz, and the retreat and fighting in around Saarbrucken.

In early September during the retreat to Germany the 17. SS-Panzer-Grenadier-Division absorbed what was left of the SS Panzergrenadier Brigade 49 and SS Panzergrenadier Brigade 51, raising its infantry strength. However, replacements for missing tanks and assault guns arrived slowly. On September 8, the division was put back into the line and was tasked with destroying the newly formed bridgehead over the Moselle River held by the US 5th and 80th Infantry Divisions. After heavy fighting for the American bridgeheads at Dornot and Arnaville, the division fell back and began to prepare to defend Metz itself.
Over the next two months, the division saw heavy fighting to the south and east of Metz, suffering very heavy casualties. On November 8, a USAAF air raid hit the divisional command post. With the Götz von Berlichingen’s combat units in tatters (the 38th SS Regiment had been reduced to a strength of about 800 men by November 15, 1944[4]) and with no command structure, Hitler authorised the division to withdraw from Metz. The 38th SS Regiment was largely destroyed at Metz and reformed in November with troops from the SS training regiment “Kurmark”.The remnants of the division pulled back to the Maginot Line, near Faulquemont to rest and refit. During this time, the Götz von Berlichingen was transferred to SS-Gruppenführer Max Simon’s XIII SS Corps. US forces liberated Metz on November 22, 1944.
Elements of the 38th SS Regiment defended Hilsprich against an advance of the American 35th Infantry Division on November 23. In the same defensive manoeuvre, the 38th Regiment succeeded in cutting up two American rifle companies that made an ill-advised attack against stronger German forces. Hilsprich fell to another, better supported, American attack the following day.[6] During November 28/29, elements of the 17th SS Division successfully defended Farébersviller against an attack by the US 80th Infantry Division. By December 1, the SS division was deployed along a line extending from the Rosselle River to just south of Puttelange. The Götz von Berlichingen was caught by surprise when US forces attacked again on December 4, capturing both Farébersviller and Puttelange.Seriously weakened, the SS division fell back to Sarreguemines, which it defended for five days before the town’s occupation by US forces on December 11, 1944.
The 17th SS Division subsequently retreated across the German border and went into a defensive posture along the Blies River. Attacks by the US 35th Infantry Division against this line started December 12, resulting in heavy fighting for the control of Habkirchen, (Southeast of Frauenberg) and the high ground overlooking the valley of the Blies. The US 134th Infantry lost half its strength in this clash with the 17th SS Division, but captured Habkirchen by December 15.Under serious pressure because of infantry losses, the SS division was granted a reprieve when the Americans moved into a defensive posture on December 18. The Ardennes Offensive by Germany had begun to the north and US units from General George Patton’s Third Army were ordered to either hold fast or move north to assist in the defence of the Ardennes.
Refit and Nordwind[edit] When the division pulled back to the Maginot Line in mid November, its strength had been reduced to around 4,000 men (of which about 1,700 were infantry) and 20 armoured vehicles. Throughout the early days of December 1944, the Götz von Berlichingen received resupply and reinforcement. Although the armoured strength was only 17 assault guns by December 10, a further 17 were sent from Germany on December 28.The Panzergrenadier regiments were brought up to full strength with the addition of Volksdeutsche replacements. The quality of these replacements was far below that of the division’s original elements. Despite this, at least on paper, the division was back up to strength by the end of 1944.
As a part of Simon’s XIII SS Corps, the division participated in Operation Nordwind, the ill-fated last German offensive in the West. The Götz von Berlichingen, together with 36th Volksgrenadier Division, attacked the US 44th and 100th Infantry Divisions around the town of Rimling. For this attack, the division had been reinforced with a Panther tank company from the 21st Panzer-Division, the 352nd and 353rd flame-thrower tank companies (equipped with Flammpanzer 38(t)s), and the 653rd Heavy Panzerjäger Battalion (equipped with Jagdtigers). The German attacks did not gain much ground, possibly because of the extreme weather conditions during the offensive. After engaging in heavy combat with the U.S. 7th Army, with little success and having the divisional commander replaced five times, the majority of the divisional staff was relieved on January 3.Replacements, in the form of Army officers, were received the next day. On January 10, the divisional commander, Standartenführer Hans Lingner, was captured by a patrol from the 114th Infantry Regiment, 44th Infantry Division, when his car overturned on the slippery roads. The driver was shot on the spot; Lingner, his aide-de-camp Untersturmführer Jund, and another of his staff were brought to the US lines where they were interrogated. Oberst Gerhard Lindner, one of the Army officers recently transferred to the division, took command on January 15. The division remained engaged with the divisions of the US XV Corps until Operation Nordwind ended on January 30, 1945.