Burnham’s tome is effectively a dictionary on the subject and so is a rich source of information for wargamers, enthusiasts and historians. Despite the title of the book, which is somewhat misleading it covers French cavalry in action against the British, Spanish and Portuguese. This is a must for any buff of the Napoleonic wars whether to clarify orders of battle for a wargame, to check regimental histories, seek information as the basis to rate French cavalry generals, or for general interest in the Peninsular War.

Charging Against Wellington draws heavily on primary sources, manuals, memoirs, and regimental histories to bring to life the officers and men of the regiments that fought. The book is divided into three sections. The first contains biographies of 80 generals who led the French cavalry, focusing on the time they served in the Peninsula and its impact on their careers. Two went on to become Marshals of France and many were promoted and given greater responsibilities. For others, their careers were damaged while serving in Spain or Portugal nine were relieved from their commands. Nearly half of the generals were killed, wounded, captured, or died from their wounds in Spain: a high price for glory. The second section looks at the ever-changing organisation of the cavalry, month and year, where the various regiments and brigades were located and who commanded them. This is not as easy as a task as it may appear, because a considerable amount of the cavalry was provisional regiments, consisting of squadrons drawn from other regiments. By April 1814, the Peninsula cavalry was down to 4,000 men a shadow of the force that invaded six years before. Charging Against Wellington chronicles all the changes, showing which units left, when they left, and how their departure impacted the army. The third section looks at the service record of the 70 + French cavalry regiments that fought in Spain and Portugal. There is a table for each regiment that tracks the regiment’s colonels, composition, organisation, strength, and casualties while in the Peninsula, and when its various squadrons arrived and departed.

NAPOLEONIC LIBRARY: WITH THE GUNS IN THE PENINSULA 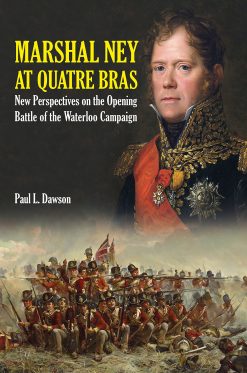