CAVALRY IN THE RUSSO-JAPANESE WAR Lessons and critical considerations

A period piece pleading for a greater role for the cavalry, and lamenting the failure to use it more effectively in the 1904-05 Russo-Japanese war.

The author of this study of cavalry operations in the 1904-05 Russo-Japanese War, Count Gustav Wrangel, an Austrian cavalry officer, admits that the performance of the cavalry on both sides was ‘poor’ being confined to a few raids. His book is really a plea for a greater role for the cavalry and a lament for what he calls ‘sins of omission’ ie cavalry operations which could have been undertaken but which were not owing to insufficient numbers being available. ( He points out that the Japanese were about to double the size of their cavalry to eight divisions). He was not to know, of course, that within a decade of his book’s publication the Great War with its mechanisation would make the age-old arm of the cavalry utterly obsolete. Even so, this book is a fascinating period piece. 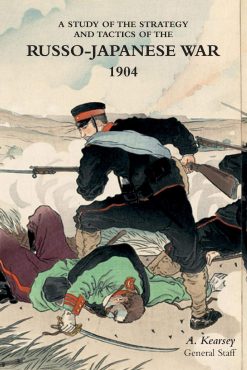 STUDY OF THE STRATEGY AND TACTICS OF THE RUSSO-JAPANESE WAR, 1904

MY EXPERIENCES AT NAN SHAN AND PORT ARTHUR