Skip to content
View basket “HISTORY OF THE INDIAN MOUNTAIN ARTILLERY” has been added to your basket.
Product categories
-28%
Add to Wishlist

The single best one volume account of British campaigns against the tribes along India’s North-West Frontier. It covers in detail 27 frontier campaigns from the Black Mountain Expedition of 1852, to the Mohmand Field Force in 1908. Included are such campaigns as the 1863 Ambela campaign, the 1866 Black Mountain expedition, Jowaki 1877-78, Zakha Kel 1878-79, Mahsud 1881, Black Mountain 1888, 1891 Miranzi Field Force, the Mahsud Campaign of 1884-85, the 1895 Chitral Relief Force, the 1897 Frontier Uprisings with the operations of The Tochi, Malakand, Buner, Tirah, Peshawar and Kurram Field Forces.In addition to a detailed operational narrative, there are numerous appendices, including a list of British and indian regiments, with what campaigns each unit served in. This work is very helpful to British medal collectors for its information on these many small campaigns. 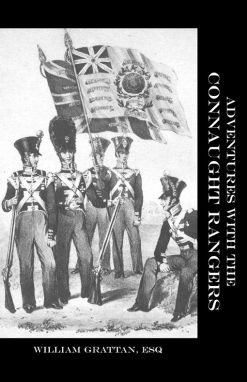