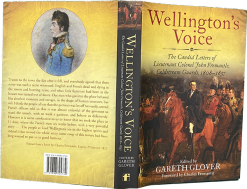 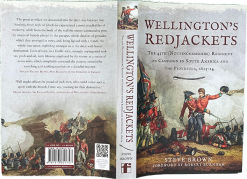 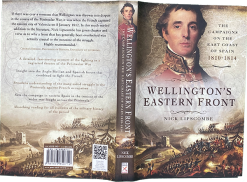 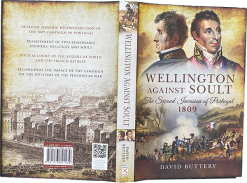 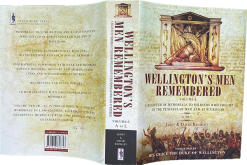 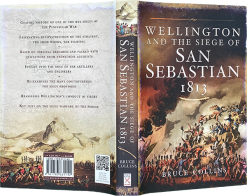 This bundle selection contains some outstanding bargains You can ‘fill your Wellington Boots’ as the price is only £29.99 for the 8-volume set.

The combined cover price is £270. This selection has been drawn from our regular stock covering Wellington, his battles and his military family, with absolutely no fillers or padding!Celebrate ‘The Iron Duke’, Field Marshal His Grace The Duke of Wellington, with this special selection of books that have all been much reduced from the cover price.

WATERLOO MESSENGER
The Life of Henry Percy, Peninsular Soldier and French Prisoner of War
Excellent account of the life and times of this officer who served as an aide-de-camp to Sir John Moore, as a part of the Duke of Wellington’s military family, and also the man who carried the ‘Waterloo Dispatch’ back to London.
Hardback, 240 pages Published Price £25

WELLINGTON AND THE SIEGE OF SAN SEBASTIAN 1813
The siege of San Sebastian in 1813 was messy, expensive of casualties, and resulted in the brutal and widely criticised sack of the city after a final assault. This is a a detailed look at a still controversial topic.
Hardback, 268 pages Published Price £25

WELLINGTON’S MEN REMEMBERED – VOLUME 1: A to L
A Register of Memorials to Soldiers Who Fought in the Peninsular War and at Waterloo
Included on a DVD-ROM inserted in each volume are 1,000s of colour photographs of memorials which are referenced to the book
Hardback, 508 pages & DVD Published Price £60

WELLINGTON AGAINST SOULT
The Second Invasion of Portugal 1809
In Soult, Wellesley met one of his most formidable opponents and they confronted each other during one of the most remarkable, and neglected, of the Peninsular campaigns.
Hardback, 240 pages with 5 maps & 14 plates Published Price £25

WELLINGTON’S EASTERN FRONT
The Campaign on the East Coast of Spain 1810-1814
A gem of a book from the Peninsular War’s leading contemporary military historian. If there was ever a moment that Wellington was thrown into despair in the course of the Peninsular War, it was when the French captured the eastern city of Valencia on 8 January 1812.
Hardback, 241 pages Published Price £25

WELLINGTON’S REDJACKETS
The 45th (Nottinghamshire) Regiment on Campaign in South America and the Peninsula 1805-14
The 45th would take part in – or at least be present at – the battles or sieges of Rolica, Vimiera, Talavera, Busaco, Fuentes D’Onoro, Ciudad Rodrigo, Badajoz, Salamanca, Vittoria, Pyrenees, Nivelle, Orthes and Toulouse; making it one of the most experienced of Wellington’s infantry regiments by the time of Napoleon’s first defeat.
Hardback, 320 pages Published Price £25

WELLINGTON’S VOICE
The Candid Letters of Lieutenant Colonel John Fermantle, Coldstream Guards, 1808-1821
An intimate portrait of the Duke of Wellington by one of his closest aides. His letters speak with startling honesty about Wellington’s flaws and foibles, his philandering and the intrigues surrounding him. A fascinating view oif the ‘Great Man’ as we have never seen him before.
HB, 322 pp Published Price £25