In 1941 Dr RV Jones became convinced that the Germans had developed their own radar system that would account for increasing RAF bomber casualties. The hunt was on! Eventually an enemy Würzburg system was located on the cliffs of Northern France at Bruneval and seizing it would be the solution to overcoming the enemy radar problem. A joint operation was planned by HQ Combined Ops that would involve all three Services, including the newly raised and barely parachute qualified C Company, 2nd Parachute Battalion, Commanded by Major John Frost

.The planning went well but the rehearsals involving the Royal Navy were all disastrous. As the narrow window of moon and tide approached it was decided ‘to bash on’. Nine of the twelve sticks of Paratroopers were dropped by 51 Squadron and the Germans were caught napping on a winters night. However, they quickly responded and the Paras had a serious fight on their hands to keep the enemy at bay while the experts, who the Paras had orders to kill rather than let fall into enemy hands, dismantled. With the enemy closing in the job was done and the force started to withdraw but elements of Frosts plan were beginning to unravel. It seemed that they may be blocked but with the Paras converging on the beach they secured their escape on the badly delayed Royal Navy landing craft.
In Britain’s darkest hour the success of the Bruneval raid was just what Churchill needed and the information gained saved the lives of many aircrew. 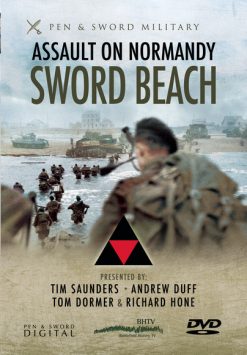