Last remaining stock.
Medals and Decorations have always held a fascination for the military minded, luckily many fine books have been produced over the years. None more so than (GORDON’S) BRITISH BATTLES AND MEDALS.
Much reworked over the years this 7th, and possibly final edition has been completely rewritten, the mastermind behind this is none other than the man who was the most respected name in medal dealing for over 50 years, the late John B. Hayward, who’s magnificent photographic archive has at long last been made good use of in this publication.

Why are we able to pass copy’s on to our customers a such a reduced price? Well the answer is probably that it was overpriced when published 12 years ago, and the print run was possibly to large for what is a limited market.

This is the 7th best and latest edition of the classic (GORDON’S) BRITISH BATTLES AND MEDALS, a book that is long established as the standard work of reference on British campaign medals, This is the fully revised edition, with a wealth of new material,that puts previous editions into the shade. Collectors the world over who are familiar with the previous editions of Major Gordon’s much loved work will be pleased to note that the basic, chronological, format of the original 1947 edition, has been retained. Though greatly enlarged and revised over the last nearly 60 years, this sensible format has stood the test of time and has been the model for all subsequent general books on medals. The 7th 2008 edition has not only taken the campaign medal section up to date, but also added more numismatic information, especially for the earliest awards. Lists and numbers of Ships, Regiments and Units present have been revised where necessary, including the addition of many so-called ‘odd men’. There is more information, as well as new illustrations, on the various styles of naming, both official and contemporary unofficial styles, and clasps. The numerous appendices have, for the first time, gathered together in the most accessible form a wealth of reference material, including lists and rolls covering some of the most celebrated actions of British Naval and Military history. Among these are to be found complete lists of recipients of Navy and Army Gold Medals and Army Gold Crosses, recipients of the various British and foreign awards for the Crimea War, and nominal rolls such actions as the Charge of the Heavy Brigade casualties, the last charge of a British cavalry Regiment at Omdurman, the Defence of Legations at Pekin in 1900, and those involved in the Yangtze incident of 1949. 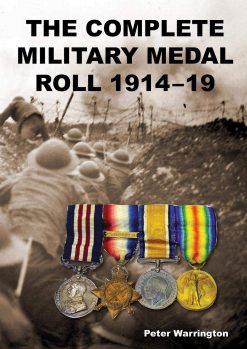 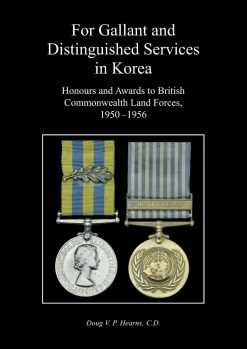 ﻿For Gallant and Distinguished Services in Korea – Honours and Awards to British Commonwealth Land Forces, 1950-1956 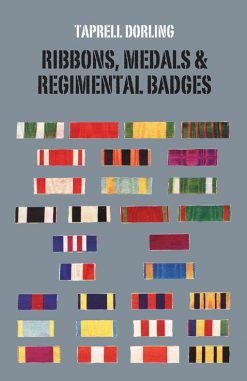