Zamulin has chosen 11 specific issues that he felt were either not given sufficient acknowledgement over the years or needed greater clarity or needed to be corrected to some degree. These topics are: The past, current and future research and literature on the campaign: The Kastornoe Cauldron: Von Manstein’s successful counteroffensive in early March 1943 and how it influenced Operation Citadel: Could Germany have won the campaign if it was launched in late May or early June: Did Vatutin error in his defence of Operation Citadel: What was the real strength and fighting condition of 9th Army at launch time: Central Front’s intelligence gathering on the eve of Operation Citadel: Counter artillery and its impact on the campaign: From a command and control viewpoint: Prokhorovka: A look at two tank commanders at Kursk General Katukov and General Rotmistrov: Prokhorovka an evolution of a myth about being the largest tank battle of the war.

In this book, noted historian of the Battle of Kursk Valeriy Zamulin, the author of multiple Russian-language books on the Battle of Kursk and Destroying the Myth: The Tank Battle at Prokhorovka, Kursk, July 1943: An Operational Narrative takes a fresh look at several controversial and neglected topics regarding the battle and its run-up.
He starts with a detailed look at the Soviet and Russian historiography on the battle, showing how initially promising research was swamped by Party dogma and censorship during the Brezhnev area, before being resumed with the collapse of the Soviet Union. Zamulin then transitions to discussions of how the southern shoulder of the Kursk bulge was formed, preparations for the battle on both sides, and the size and composition of Model’s Ninth Army. He then examines such controversial topics as whether or not the II SS Panzer Corps was aware of the pending Soviet counterattack at Prokhorovka, and the effectiveness of the Soviet preemptive barrage that struck the German troops that were poised to attack. Zamulin also discusses whether or not General Vatutin, the Commander-in-Chief of Voronezh Front, erred when arranging his defenses. Zamulin also takes a look at how the myth of 1,500 tanks colliding on a narrow strip of farm fields became perpetuated in Soviet and foreign history books, when in fact it was impossible for the 5th Guards Tank Army’s tanks to attack in massive wave after wave due to the constrictions of the terrain. Zamulin also reveals incidents of the battle that were long kept “behind the curtain” by Soviet censorship. For example, the 183rd Rifle Division defending the Prokhorovka axis was repeatedly struck by friendly aircraft, and a Soviet tank counterattack overran the positions of one of its battalions. Zamulin discusses other cases of fratricide in the Voronezh Front, including the death of one of the 1st Tank Army’s foremost tank commanders in a friendly fire incident. In the process, he reveals that a wave of suicides swept through the junior command staff of the 5th Guards Tank Army immediately prior to the famous counteroffensive on 12 July 1943. All in all, Valeriy Zamulin with this collection of essays and articles, two of which have been reprinted from the Journal of Slavic Military History, makes a new contribution to our knowledge and understanding of this pivotal, epochal battle of the Second World War. 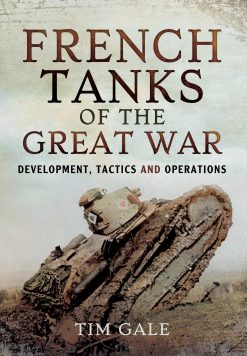 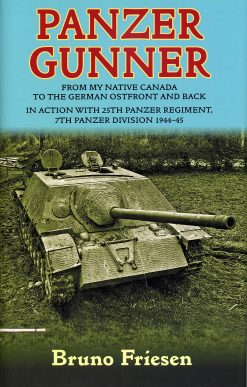 PANZER GUNNER From Native Canada to the German Ostfront and Back – In Action with 25th Panzer Regiment, 7th Panzer Division 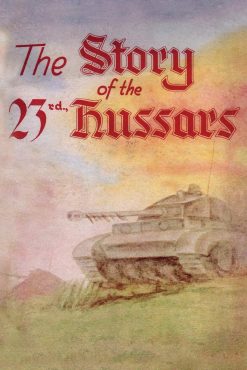