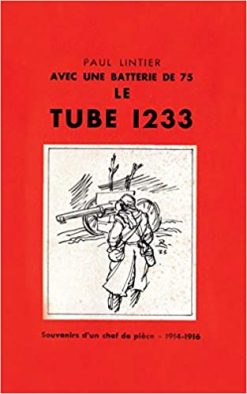 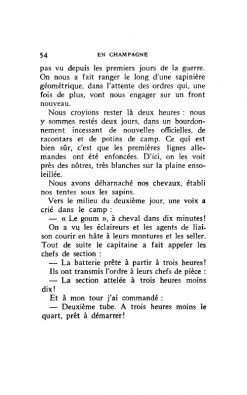 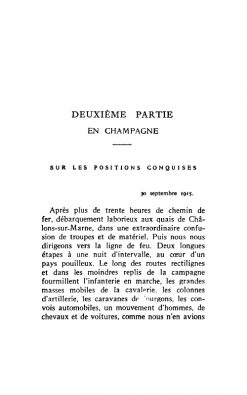 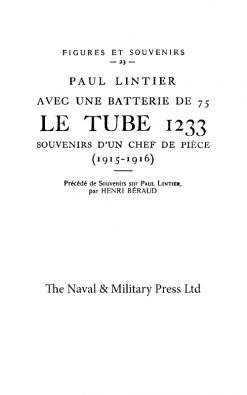 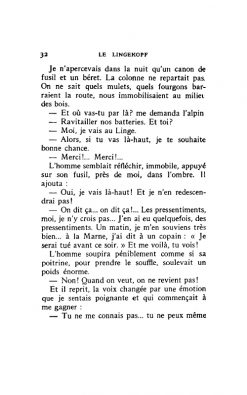 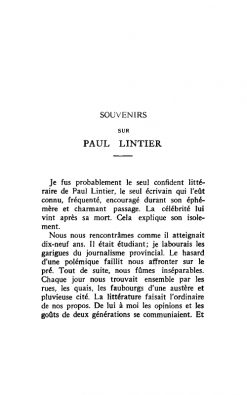 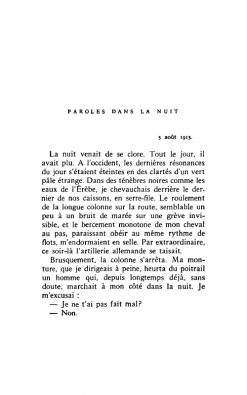 This is the exact account, in French, of Lintiers war 1915-16, written day by day in the notebook that was removed from his dead body by his comrades in arms. Paul Lintier was killed on March 15th 1916 by a shrapnel.

Paul Lintier was a promising French writer. In 1913 he joined the French army and was thus involved in the fighting on the Western Front from the very start of the war till his death in 1916.

The French Academy crowned this book, awarding it the Montyon Prize. Le Tube 1233 is the exact account of the later part of Lintier’s war; 25th July – 15th March 1916, written day by day in his notebook.
His comrades quickly considered him as their memory of French experience of the Great War. At their request, he wrote on the first page of his notebook (it was strictly forbidden to search the dead): “In the event that I am killed, I beg my comrades to keep these sheets until they can hold them up to my family.” According to Le Tube 1233, “Picked up from his bloody body by the care of his friends and comrades in arms”.
In August 1914 he was at the front. His hand was badly injured on 22 September 1914 near Fresnières. At the first aid station, they wanted to amputate his thumb, but he fled to another ambulance in Canny-sur-Matz and they saved his thumb. He was then sent to the Mayenne hospital, and while convalescing he replaced Victor Bridoux as the director of the Mayenne-Journal. He then published small texts on the subject of war.
Lintier was promoted to sergeant on 1 April 1915, and in July 1915 he volunteered again, despite an almost crippled hand, for the front, first in an Ammunition section. He then began writing a notebook which would become Le Tube 1233. Lintier was killed on 15 March 1916 by shrapnel.