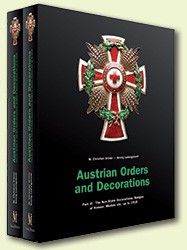 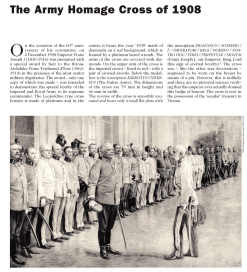 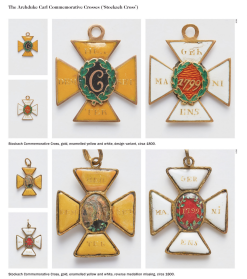 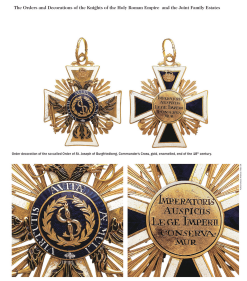 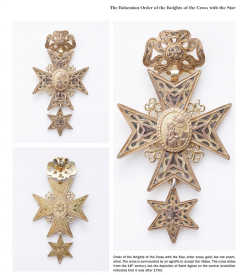 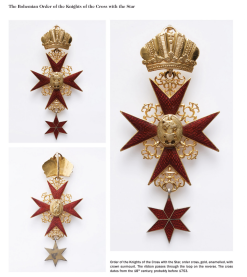 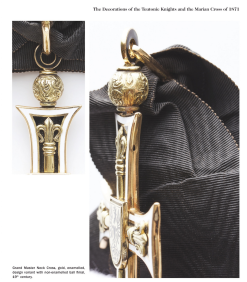 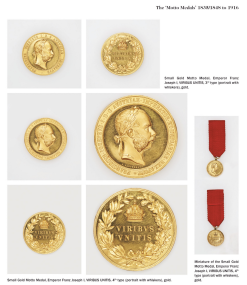 With the double-volume ‘Austrian Orders and Decorations, Part III – The Non-Governmental Awards, Decorations, Medals etc. until 1918’, the third part of the comprehensive complete work of the imperial Austrian decorations is now available.

This double volume deals with an extremely complex subject area, especially as a large number of decorations to be considered is not least due to the long period of time and different responsibilities. Likewise, the lack of uniform standards makes a structured research approach difficult. Nevertheless, it has been possible to process the most important awards historically and scientifically and also to present them in the form of real pieces.

While the first part dealt exclusively with the imperial orders and decorations, and the second part included the other wearable state decorations, this – the concluding third part – deals with the non-governmental awards of Austria (Hungary). Many of these decorations, such as those for services to the Red Cross or the Sovereign Order of Knights of Malta of the Grand Priory of Bohemia and Austria or the Teutonic Order with the Marian Cross, are still well known today. The same probably applies to the insignia of the Tyrolean nobility. On the other hand, the insignia and decorations of the Austrian ladies’ monasteries, the Ganerb and Imperial Knighthoods, the Order of St. Hubertus of the Counts of Sporck and the Salzburg Order of St. Ruperti are hardly known. In 30 chapters, including those on the Austrian Horse Breeding Medals, the decorations of the Hungarian National Fire Brigade Association, the Salvator and Manoeuvre Medals, both the latest research results and corresponding illustrations have been summarised.

The third part is also accompanied by a pictorial identification aid as a complete index of all orders and decorations (insignia) considered in this five-volume complete work, which also enables the non-specialist to easily identify genuine decorations and to read up in the respective chapters.