The standard history of this important subject, detailing the many types of locomotives, steam and diesel, which were built for the British War Department and the United States Army Transportation Corps during the Second World War. This book contains photographs, drawings, maps and stock lists. It gives descriptions of the campaigns in the different theatres of war from a railway viewpoint.

During the Second World War, many interesting types of locomotives, both steam and diesel, were built for the British War Department and the United States Army Transportation Corps. These were sent all over the world and many of them remained in service long after the war, sometimes with their exact origin forgotten.
In this book, after some 50 years of research into matters generally held secret at the time, the overall story is presented. It starts in the first Section with general descriptions of the campaigns in the different theatres of war from a railway viewpoint, and then follows in the second and third Sections with Chapters giving the class histories of the various British and American types of locomotives, both Sections starting with a numerical list of the locomotives which give the key to the WD and USA/TC numbering structure. Finally, there are some Chapters dealing with odd topics such as various important military railways.
Overseas clients please note: Due to excessively high wrapped weight shipping is weighted on this title. 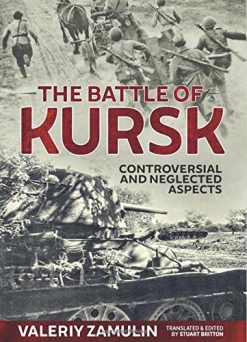