MICHAEL LEE
18:55 03 Mar 19
I have been a very happy customer of Naval and a Military Press for many years. I have... never been disappointed with their products or very professional service. With easy options for payment and an unrivaled selection of military books, brilliant CD Roms and DVDs, I really can’t imagine why anybody who loves military history would even contemplate going elsewhere.read more
Next Reviews
-86%
Add to Wishlist

The Victorian era has been somewhat overlooked by publishers of late no doubt due to the flood of Great War titles published during the centenary commemorations.
These three HARDBOUND books that have a total page count of 720 will defiantly revive readers interest in the later half of the ninetieth century.
Three crackers that have a total cover price of £69.99 and are now available at JUST £9.99 for the three book bundle.

CHITRAL 1895
An Episode of the Great Game
A very welcome new account of the famous siege of the fort at Chtiral in 1895, where a small Indian Army garrison, commanded by Surgeon-Major Sir George Scott Robertson and Captain Charles Vere Ferrers Townshend, was besieged by a joint Chitrali and Pathan army. Despite the odds being heavily stacked against them, Robertson’s beleaguered little garrison held out for forty-eight days until a relief expedition was able to fight its way through to the rescue. The siege and subsequent relief is a story of valour and sheer determination in the face of a stubborn adversary and extreme weather conditions, all played out on the often-mountainous terrain of the north-western border of British India.

SIRDAR AND KHALIFA
Kitchener’s Reconquest of Sudan 1896-98
The Sirdar and the Khalifa examines Kitchener’s belated campaign to re-conquer the Sudan and avenge the death of General Gordon: a war that began in 1896 and ended less than two years later with the epic Battle of Omdurman. The true story of the Omdurman campaign is a classic tale of British soldiers battling a fanatical Dervish enemy in the harsh terrain of the desert. It is also the campaign that made Kitchener a household name, one that would last to this very day.

DESPATCHES FROM THE FRONT: BRITISH BATTLES OF THE CRIMEA WARS 1854-1856 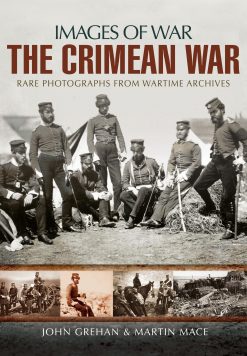 IMAGES OF WAR: THE CRIMEAN WAR 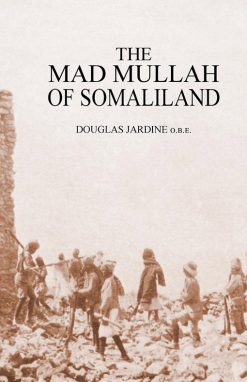