5TH INFANTRY BRIGADE IN THE FALKLANDS

For many people it was 3 Commando Brigade, commanded by Major General Julian Thompson, and made up of Royal Marines and Paras that recaptured the Falklands. Yet 5th Infantry Brigade played a key and until now little acknowledged role in this extraordinary saga. Cobbled together in haste (having been stripped of its assets to bring 3 Commando Brigade up to strength), it comprised principally of two Guards battalion (2nd Scots and 1st Welsh) and the Gurkhas. Many felt it was inadequately trained when it sailed from Southampton on the QE2 and this view was given substance by early disasters such as the tragedy at Bluff Cove. Yet by the end, its contribution, of which Tumbledown is the best known, could not be denied. 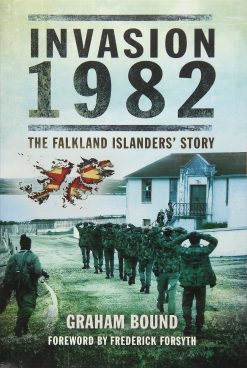 REASONS IN WRITING A Commando’s View on the Falklands War