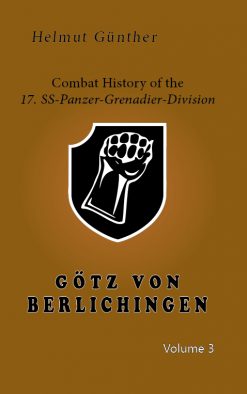 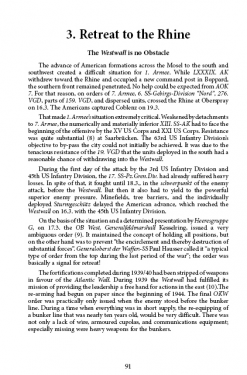 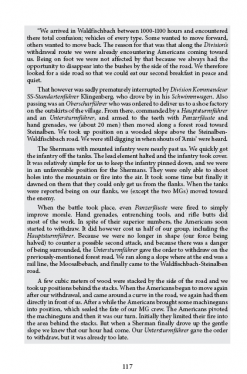 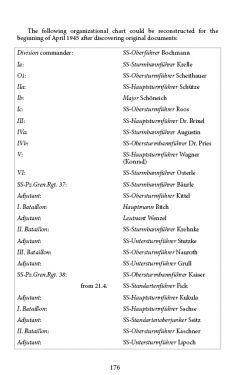 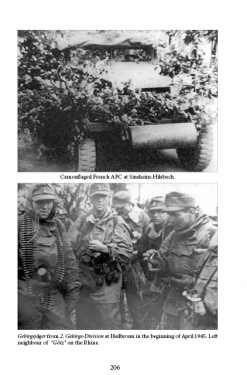 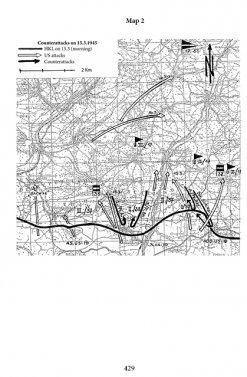 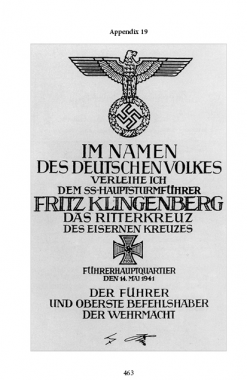 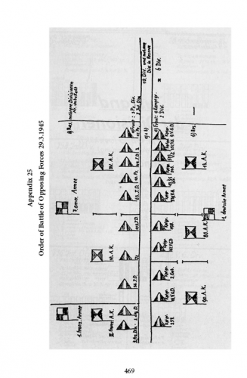 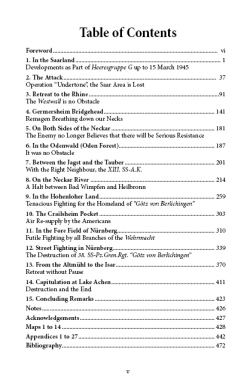 This third and final volume of a three-volume set (this volume was written by Helmut Günther) documents the final combats of  the 17. SS Panzer-Grenadier-Division Götz von Berlichingen from mid-March to  beginning of May 1945. Decimated and exhausted, outnumbered and outgunned, and always under Allied air attacks, its soldiers fought and retreated repeatedly to the next defensive position. The desolate trail led through the Saar into the Westwall, which was penetrated easily. They defended at the Gemersheim Bridgehead, in the Oden Forest, and in The Crailsheim Pocket, and finally resisted bitterly in the street of Nürnberg. The remnants retreated southeast to the Tyrol, where they surrendered to US troops at Lake Achen.

This very detailed history excels on three levels: Stöber and Günther provide a continuous account of the overall situation on the Northwestern Front, daily and hourly reports on the actions of the Division’s units, and humanizes the fighting with many personal accounts from its soldiers. The numerous maps and appendices provide a detailed picture of the Division, its sub-units, and decisions undertaken by the higher command.
With publication of the three volumes, any serious historian has available an impressive divisional history that provides new information regarding combat in Normandy and later fighting until Germany’s surrender.
This three-volume set is one of the best German unit histories, and stands proudly next to the divisional histories written by Weidinger, Lehmann/Tiemann and Hubert Meyer.